Favorite books that have a neurodivergent/disabled

10 days until Christmas!! 🎄What did you ask for

There has been a problem with your Instagram Feed.

“Everyone lies about something. Once you figure that out, it’s easier to figure people out.”
“Oh.”
He glanced over his shoulder, his eyes sparkling like lightning across stormy clouds. “Don’t worry, Ella. Your secrets are safe with me.” 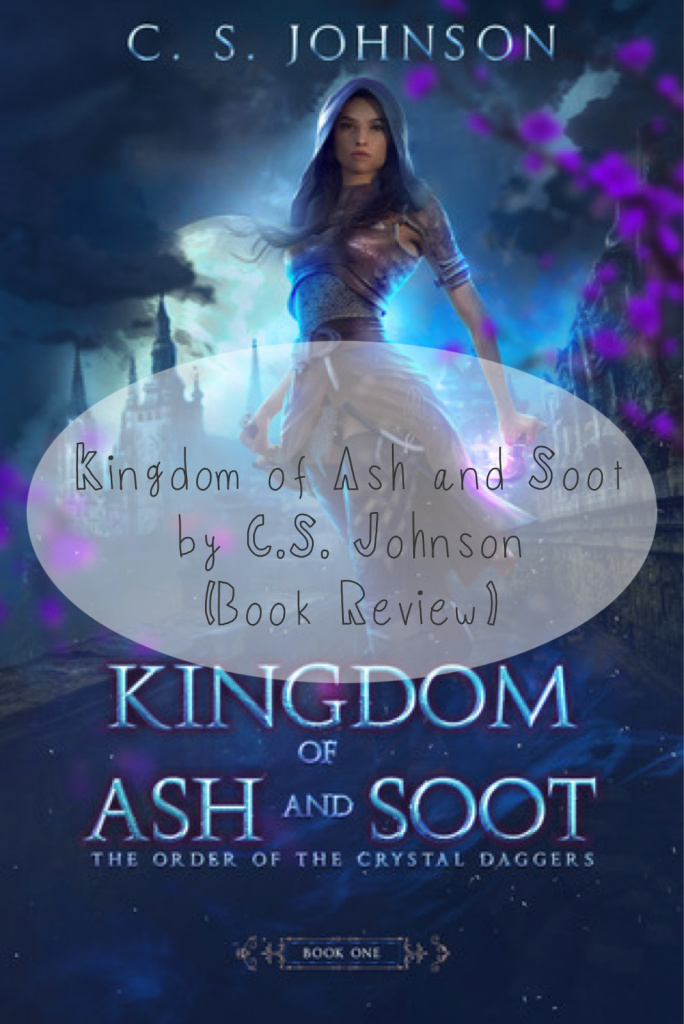 (I received an e-copy of this book from the author and LibraryThing in exchange for my honest review.)

For the last ten years, nineteen-year-old Eleanora Svobodová has worked as a servant in her stepmother’s household. Along with her older brother, she dreams of the day they will be free to live life on their own terms.

But everything changes when their estranged grandmother comes to Prague on behalf of Queen Victoria. Throughout Bohemia, a string of murders and secret whispers hint at a larger coup. As the leader of the Order of the Crystal Daggers, an ancient order of spies and soldiers that protect kingdoms and their rulers, Lady Penelope is determined to mete out the perpetrators. Now, Eleanora must make the choice between a life of intrigue and saving the lives of others.

Can Eleanora find a way do the right thing and still find freedom?

I received this book as an ePub, so I was highlighting every quote and little thing that stuck out to me so I could recall them for this review. The first thing that stuck out to me was that the amount of description is well-balanced and not over the top. The world-building of 19th century Bohemia was very beautiful; I could easily see the busy markets, the mud in the streets, the dim taverns and lavish balls.

The plot wasn’t very suspenseful, and action was sparse, but the last few chapters were perfect! It finally kicked up the pace with lots of action to move into the second book in the series! However, in addition to the lack of action, the plot was also predictable. If you could see my notes, I was predicting almost everything that would happen. I will say though that the predictability did not hinder me from enjoying the story. In fact, I was pleased that the story matched how I envisioned it would, and I can’t wait to read the sequel!

The romance in Kingdom of Ash and Soot was adorable. There was so much tension and playfulness to it all that I would frequently go all fangirlish and say “just kiss already!” The brother stepping up to protect his sister from any potential danger was admirable too, something not always seen in books featuring a romance.

One thing I personally don’t like that was put in this book was when one character mentioned they’re “not in a play or novel” to emphasize reality and consequences. While it rings true in real life, this phrase just feels forced and unbelievable to me when used in fiction. Whenever a character says it, I can’t help but internally scream “YES, THIS IS A NOVEL!” and then struggle to ease back into the fictional world I started to believe in.

Now, let’s talk characters! I’ll give a quick rundown of my thoughts on the main characters below.

While the story had a bit of a Cinderella feel to it at the beginning, the rest bore very little resemblance to the fairy tale, though I could definitely have seen Ella as a low-key Eliza Doolittle with her inability to dance and improperness in high society when starting out. Also, she is sooo inexperienced! I honestly couldn’t see her being a spy – or being trusted as one – for at least 3/4 of the story. But though she’s unskilled and naïve, I found her to be a very brave, strong-willed female protagonist.

For most of the book, Ben is whiny and his spying capabilities aren’t used for most of the book. He seems like the younger brother rather than the older sibling. I constantly forgot he wasn’t a nine year old boy with all of Ella’s hair-ruffling and the pity parties he threw.

Ben dubs her Lady Pow, and I think that explains her personality to a T. She’s strong-willed, domineering and an altogether no-nonsense sort of old woman in high society, but also kind and caring in moments of vulnerability.

This kindhearted, witty rogue was total book boyfriend material! He’s flirtatious and sly and appears out of the woodwork to protect Ella. He was hands down my favorite character in Kingdom of Ash and Soot.

Overall, C.S. Johnson does an excellent job of describing the world inside this book, bringing to life some brave, witty characters in a rags to riches setting. My only major criticism is not enough action for such a risky adventure. I’m looking forward to seeing how the sequel stands up.

Character death, kissing, casual mention of sex (which is sort of key to the plot later on, but doesn’t feel necessary for most of the story). Recommended for 15+.

Previous Post: « 50+ Best Hashtags To Promote Your Bookstagram
Next Post: {Review} How To Say Goodbye In Robot by Natalie Standiford »

Favorite books that have a neurodivergent/disabled

10 days until Christmas!! 🎄What did you ask for